Crown Princess Mette-Marit was born Mette-Marit Tjessem Høiby on 19 August 1973. Her engagement to His Royal Highness Crown Prince Haakon was announced on 1 December 2000, and they were married in Oslo Cathedral on 25 August 2001.

Since 2001, the Crown Princess she has been actively involved in HIV/AIDS-related work. In April 2006 she was appointed Special Representative for UNAIDS. In this capacity she has travelled to Nicaragua, Ukraine and Mali, and on several occasions led the Norwegian delegations to the biennial International AIDS conference. A main focus for the Crown Princess is to strengthen youth leadership and form international partnerships in the AIDS response.

In 2010 Crown Princess Mette-Marit was appointed Young Global Leader under the World Economic Forum, and in 2012 she became a member of the international Foundation Board of the Global Shapers Community. The Crown Princess was named a Leading Global Thinker by Foreign Policy Magazine in 2016. The same year she was also named one of the most creative people in business by Fast Company.

In 2015 the Crown Princess and Kate Roberts, senior vice-president at the global health non-profit Population Services International (PSI) established Maverick Collective. Melinda Gates shared their vision and joined as co-chair. The Maverick Collective was launched during the conference Women Deliver in Copenhagen in May 2016 and is an initiative that aims to engage other women to use their voice, intellectual and financial resources, to improve women’s health worldwide and help end extreme poverty. 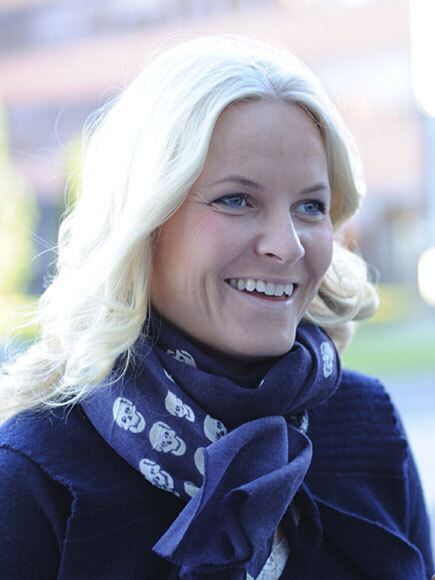