Guided tours of the Royal Palace

The Royal Palace in Oslo is open to the public during the summer, from late June until the middle of August. Tickets are available from 1 March every year.

The guided tours of the Royal Palace have been cancelled this year due to the corona pandemic. If you have bought tickets to a tour that is cancelled, you will receive a refund through Ticketmaster.

All visitors must follow a guided tour. During the season, tours are given in Norwegian every 15-20 minutes. There are also several tours in English given every day.

A small taste of a guided tour at the Royal Palace. Photo: Christian Lagaard, the Royal Court.

In addition to a tour through some of the most beautiful state rooms in the Royal Palace, a new exhibition is mounted every year. The exhibition 2019 was entitled "Where Queens Meet".

Maud was Queen of Norway from 1905 until her death in 1938. When King Harald ascended to the throne upon the death of King Olav on 17 January 1991, Crown Princess Sonja became Norway's first queen in 53 years.

Displaying wardrobe items and various objects, the 2019 exhibition depicted a variety of situations where the two queens “meet” across the years - on the Palace Balcony, for afternoon tea in the Mirror Hall, at a grand Palace ball in the Great Hall, and at a table laid for Norway’s first ladies, past and present, in the Banqueting Hall. 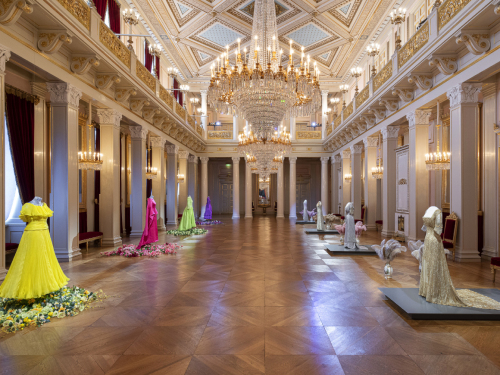 Please find detailed informations on tickets, prices and opening hours in the Facts sections at the right of the page (or at the bottom if you are using a mobile device).

Rooms on the tour

The guided tour takes visitors through some of the most important and lovely rooms. We visit the Bird Room where all those seeking an audience with His Majesty The King wait to be announced, as well as the Ballroom and the Banqueting Hall. During a gala dinner at the Royal Palace, more than 200 people will dine there. 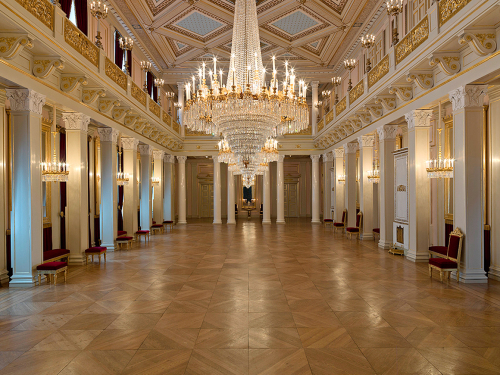 We also visit the most beautiful guest room in the Palace - the King Haakon VII Suite. 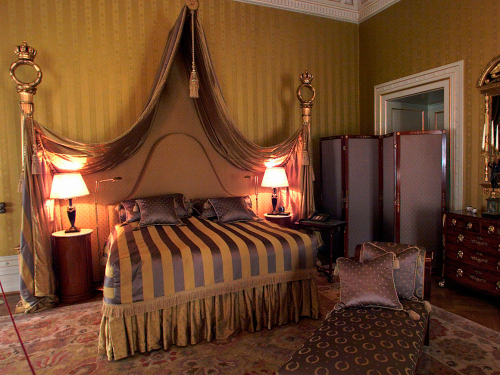